Back to Blog Listing

Welcome back to the Bring to Light Tour and our second update!

For our next stop we visited one of the oldest protestant churches in Canada: St. Paul’s Anglican Church in Halifax, Nova Scotia.

If you read our first tour update post, you’ll remember the Halifax Explosion decimated downtown Halifax in 1917. On the day of the explosion a deacon was said to have been at the window looking out over the city. When the explosion went off the deacon was killed and his silhouette was seared into the glass. That pane of glass is still in the church to this day, a reminder of the deacon’s untimely fate. 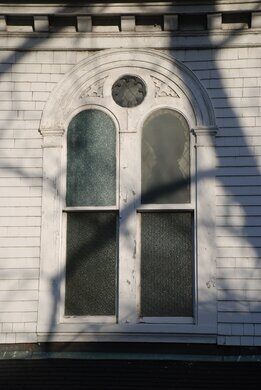 The church the oldest building in Halifax, and is home to dozens of graves. In the early days of the church, wealthy and notable parishioners would be buried in the ground under the floorboards- until they realized why that may be a health concern. These graves and the ghostly reminder of the poor deacon on the top floor make St. Paul’s Anglican Church a haunted destination for sure.

Passersby say they see strange things in the church at night. Some see what looks like candlelight floating by the windows, stopping at the pane of the deacon’s silhouette. Some hear muffled screams from inside or smell mysterious odours from the courtyard out front. There’s an air of mystery and death that permeates the old building...

Stay tuned for our Bring to Light Tour video series! Our studio head and cinematographer extraordinaire Reid Price (@Reid_Price) is putting together a video for each location we visit to give you an in-depth look at our tour. So, subscribe to the Red Meat Games on YouTube and turn on notifications so you don’t miss an upload!

You can also explore the spooky sites we’re visiting — and interact with Bring to Light’s monsters — with our new Augmented Reality (AR) app. Red Meat will be releasing the app in partnership with the tour on mobile, so stay tuned for that release shortly!

And of course you can pick up Bring to Light on Steam (with Oculus and Vive support), PlayStation 4, Xbox One, Kartridge, Game Jolt and itch.io

If you missed our 2nd livestream from the tour checkout our gearing up to hit the road after we finished with the Halifax locations: